Earlier this year Kennett decided to sign up for his first triathlon. I offered to race it with him and soon after we were signed up for  Our decision to do this race was based on the race date, the location in proximity to where we live in Boulder, CO, and the cost to race. The day before the race we had to sign-in and drop off our bikes. The sign-in was at the town square. It was easy to find and get through, but the process of dropping off gear was a little confusing. The course started in a different location than the finish line so we were given 3 bags to put gear into. A bike bag, run bag, and a bag for all our morning clothes that would be dropped off at the finish line post-race. While it was initially confusing, they coordinated all of this very well and the only item we were missing after the race was a towel that must have gotten lost at the bike transition. We could have taken care of some of these tasks such as check-in on Thursday if we had we arrived a bit sooner in the day, but we didn’t and the result was that we on our feet for much of the day. I think I walked about 7 miles throughout Friday which isn’t ideal for the day before racing.

We left from the town square and were shuttled to the swim start. They had a lot of buses lined up and ready to take people so the wait was minimal and painless. The only painful part was waking up at 4:15 in the morning to start the day.

The night before I had a thought that I should double check for my goggles. I never got up to look because we were sleeping in our camper van and I would have had to step over Kennett to even turn on the light and begin looking. On the bus ride I remembered that I might not have them. I started to search but didn’t want to lose anything in the dark on the bus. Sure enough, when we were unpacking items in the bike transition area I had to ask a person just down the row from me for extra goggles. Luckily it went smoothly - I only had to ask 2 people before I found a pair of Rokas which worked better than my pair would have anyway - success!

The swim was somewhat uneventful. It was similar to every other open water swim I’ve done, though with slightly more people. The buoys were easy to spot which was nice. The best part was the volunteers who helped get the wetsuits off. I am not very talented at that and the woman who helped me was very sweet. Apparently there were either 2 or 2.5 volunteers per racer so that same level of support was evident throughout the entire race.

The beginning of the bike course was fast. It had a few rollers and some corners but the average pace was solid and it wasn’t too hard to pass people. Around mile 20 there was a short up and back and after that I noticed there were a few sharper turns until we came to Snow Canyon. We had camped here for the previous 2 nights so I knew what to expect. They had an aid station before the climb and I made sure to get extra water. It was an uphill on a bike path, back down part way, and back up a climb that was a few miles long. It was a baby-gear climb with sections that required standing to get the extra umph. When we had pre-ridden this part of the course I thought I was going to die from the heat. While I did start to notice the heat at this point in the race, it was very manageable. The climb ended shortly after mile 45. My chain came off when I went back into it into the big gear but I quickly got it straightened out and began heading downhill. Initially there were a few rollers but mostly it was downhill with some steep sections. After my crash on my TT bike going downhill in the fall, I don’t have the guts to go downhill fast and I actually lost a bit of time on this section and was really happy when it was over. It is always a nice feeling to get to the run transition anyway.

On my way out of transition I noticed that volunteers were spraying sunscreen. I opted to go to the porty potty instead. (Side note: they had enough porty potties which is evidence of how good a race is organized!) The run began with a slight uphill and since it was an out and back course I could see the fastest women come in. I also finally got to see Kennett and cheer him on. Around a corner there was a steep uphill, followed by a descent on the other side of the climb. About halfway through the run I wondered if I’d experience heat exhaustion. With all the volunteers at the aid stations it was easy to grab several cups of water, ice, and ice water to throw over myself. I ended up sticking ice down my bra at almost every aid station. Also at the aid stations there were GU products, occasionally Clif bars, Red Bull, Coke, some fruit, and Gatorade. The best by far was the impromptu aid stations from little kids and their parents handing out freezie pops on the side. I thought I’d love the Coke at the aid stations but it wasn’t cold so those freezie pops really saved me.

Eventually we had to go back up the steep climb to return back the way we came. I took it easy because it was long but I made sure to run the entire course. It was hot and there were a lot of people walking but once I know that if I start to walk it is hard to get my muscles going again.

With a mile to go in the course I heard people cheering “Great job ladies” and I knew there was another female behind me. She started to come up next to me but I kept pace and she was encouraging. Then we caught another woman and we were moving at what I felt was a good clip that would be hard to sustain for much more than a mile. During the last aid station I blew through, figuring I’d get water in just a few minutes, and I lost the other girls. Around a corner and the finish was in sight. As I crossed the finish line there were immediately volunteers to hand me water and make sure I was doing okay.

I ended up finishing in 5:37 which was just below my 5:40 goal. It was a tough course and my first race back, but I definitely see room for improvement. Kennett came in 17th overall and was the first amateur across the finish line. I think we both are ready to race again soon! 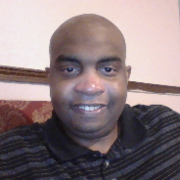